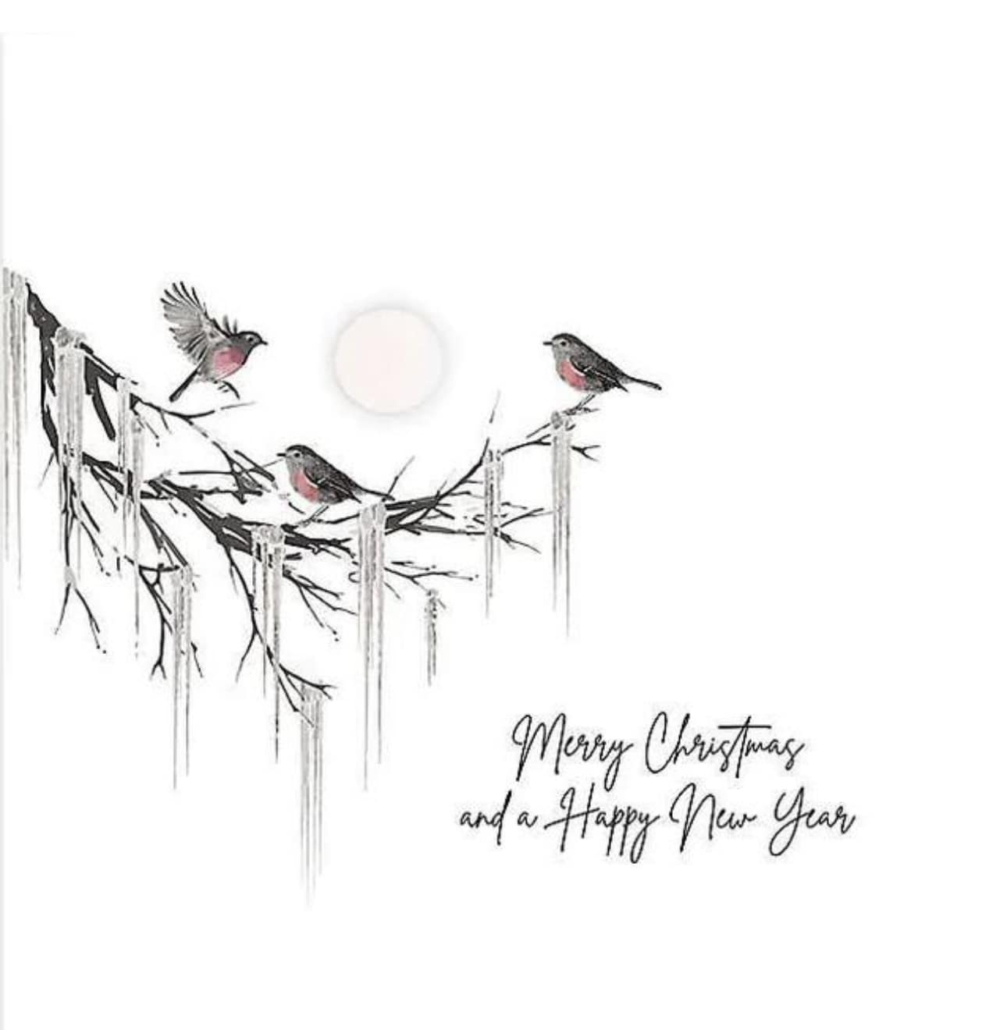 Wishing all of my clients, past, present and future a very Merry Christmas. Particular thanks to Diana Gabaldon, Author of the Outlander books, without whom my hugely successful Outlander Tour would not have been possible. I’d also like to thank Diana Gabaldon, on behalf of Scotland, for her direct impact on tourism in Scotland. We are all eternally grateful.

For details on my Outlander tour, please click here: https://jameschristiephotography.com/outlander-tour/ 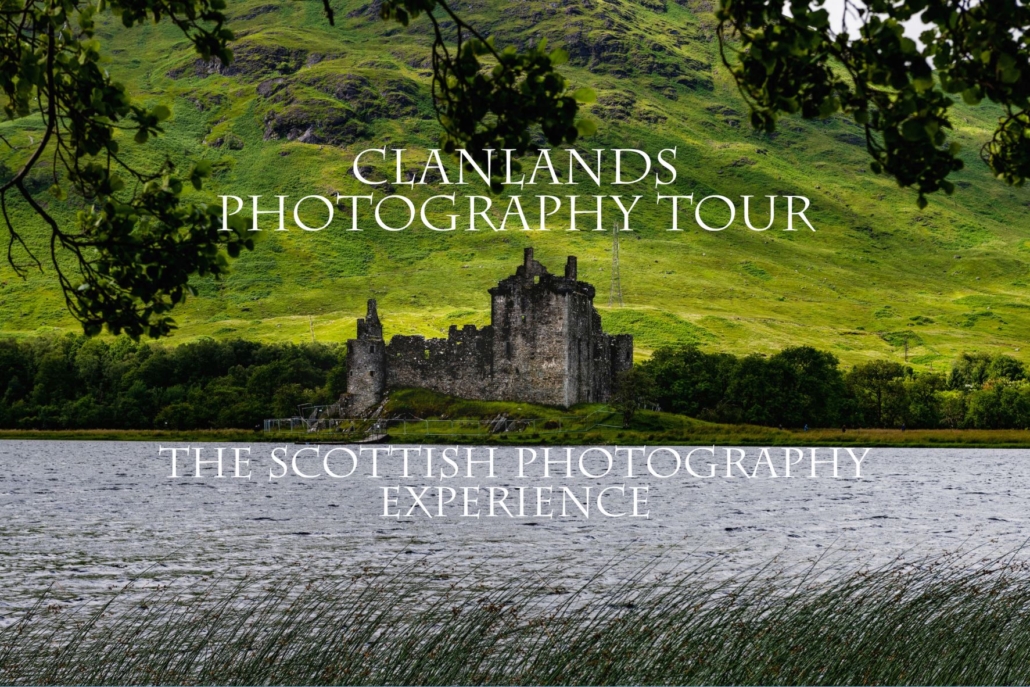 The Scottish Photography Experience visit many stunningly beautiful locations in Scotland on my Clanlands tour, including the magnificent Kilchurn Castle in Argyll & Bute. There are many fantastic views to be had around the castle which sits on the banks of Loch Awe. Kilchurn Castle is a 15th century courtyard castle. The land upon which it sits belonged to the Clan MacGregor and was later taken over by the Campbells of Glenorchy, who built the castle. Visit the Clanlands tour page here: https://jameschristiephotography.com/clanlands-photography-tour-scotland/ or my Clanlands Facebook page here: https://www.facebook.com/ClanlandsPhotography/

What a year of activity! I was on the road, constantly, from the end of March to the middle of November, playing catch-up with Outlander and Clanlands tours that were booked in 2019, prior to the Global Pandemic. 2022 has been a challenge. When the flood gates opened, after the relaxation of lockdown measures, Scotland’s tourism industry went crazy! Hotels fully booked through to the end of October this year – unheard of previously!

On a sad note there were a number of fatal car accidents involving visitors to Scotland, the highest rate in over 20 years. Scotland’s roads are a challenge to foreign visitors (normally) driving on the opposite side of the road to which they are accustomed! I always recommend taking the stress away from you! Book a local tour guide, be it me or someone else, you should be in safe hands.

Some of the Outlander filming locations have been closed for the better part of 3 years now, while Historic Environmental Scotland carry out high level masonry inspections. Extremely frustrating, but necessary. Nonetheless, I believe my tour groups were extremely happy with the locations visited on each tour.

I am looking forward to touring again in 2023 and I do recommend booking as early as you can to secure the dates you wish to travel.

I am working on developing another new, innovative and original photography tour and I hope to have it live and available for booking before the end of this year. 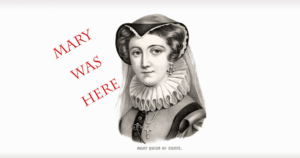 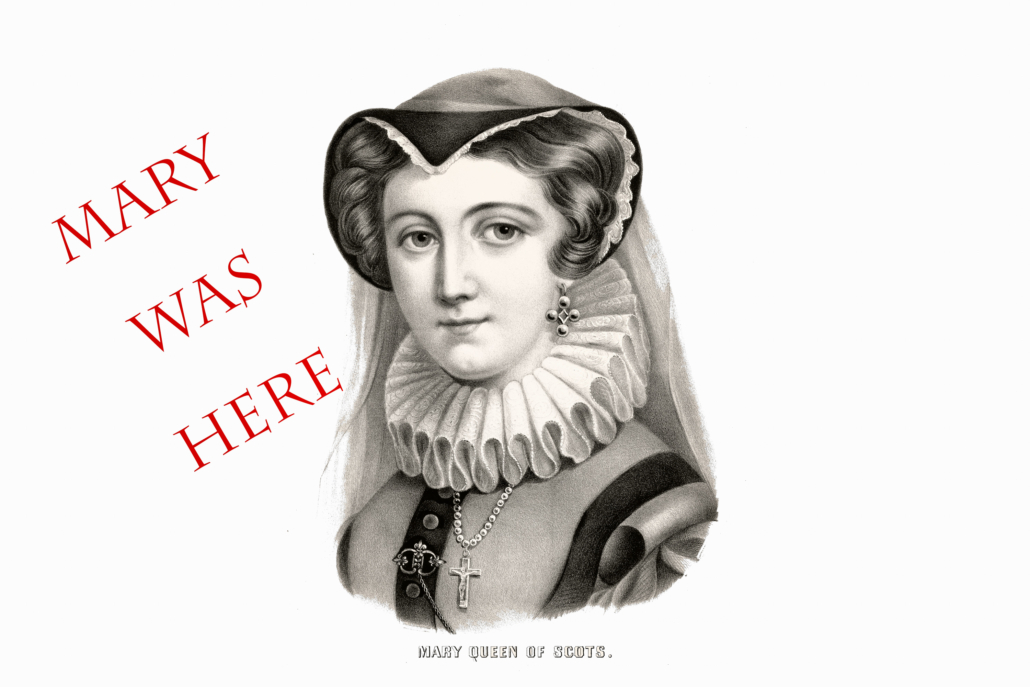 I am about to launch another new and original photography tour, entitled “Mary Was Here”.

I am very excited to present this photography tour of Scotland, focussing (pardon the pun) on locations that Mary Queen of Scots visited or stayed at in Scotland.

The tour will be 6 days / 5 nights and will cover some truly historic and stunning locations.

I expect the new tour to be live and available to book by December 1, 2022. 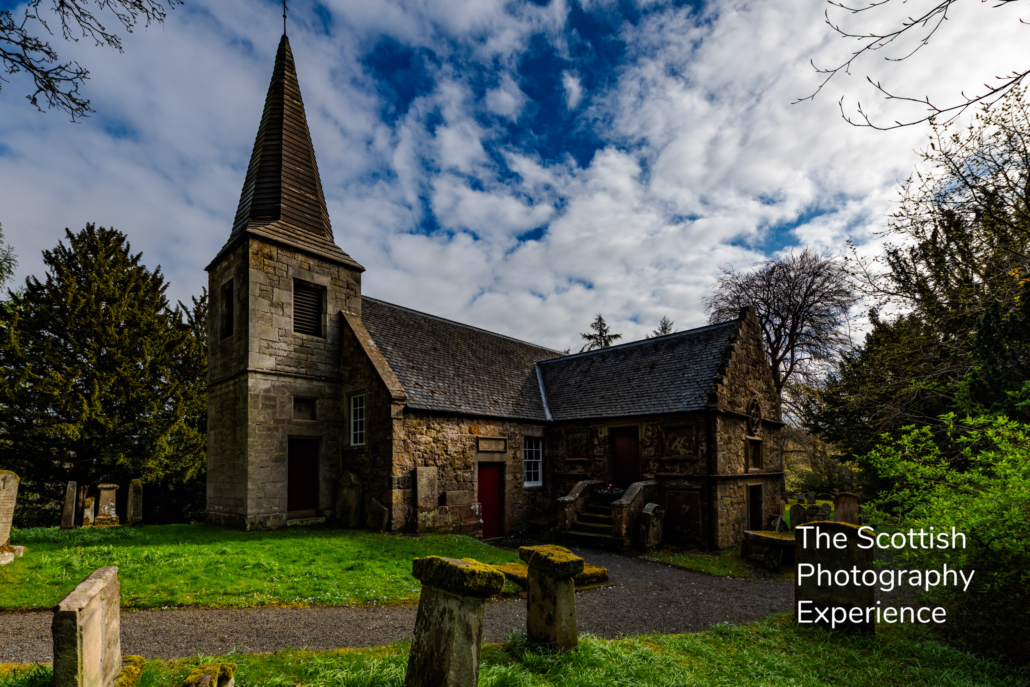 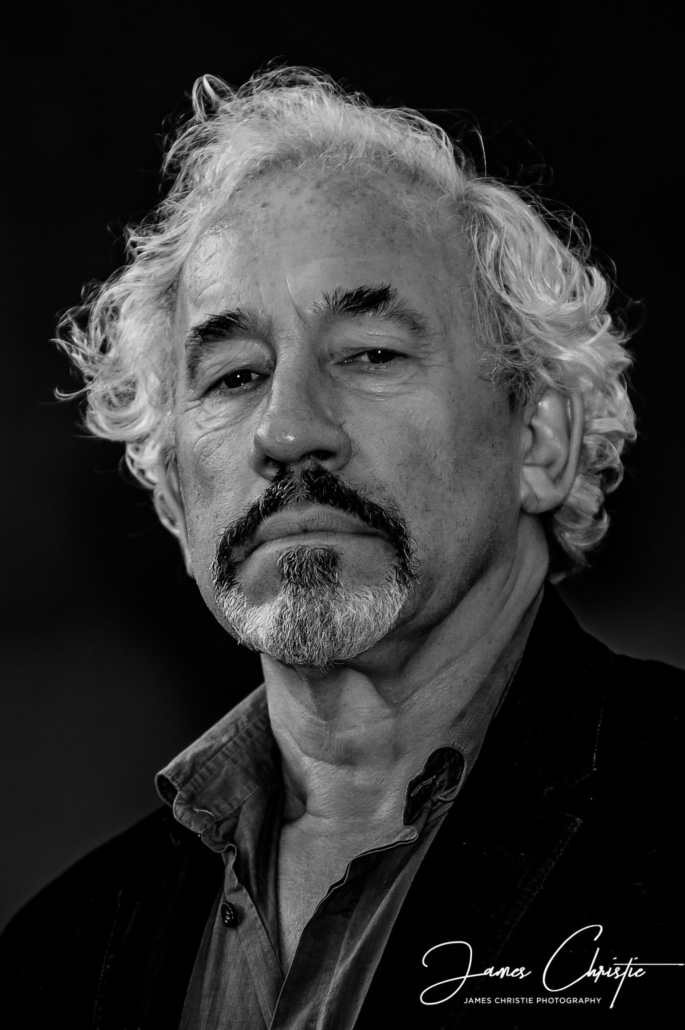 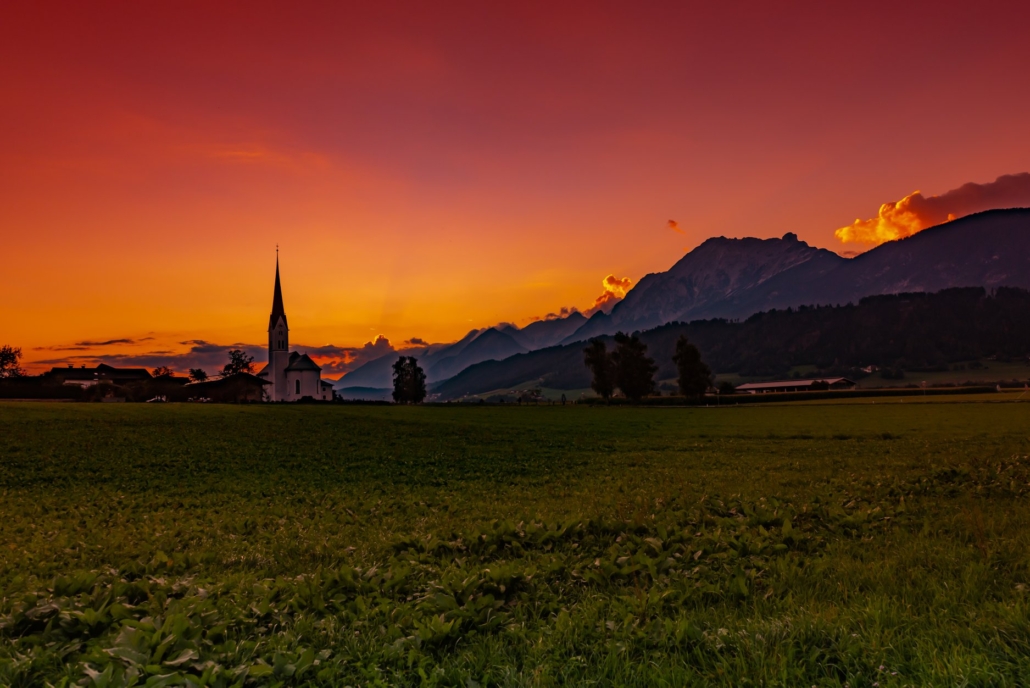 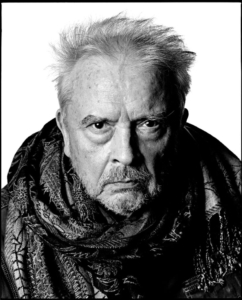 I was born in 1961 and for as long as I can remember, I have followed David Bailey’s work. He has been a huge influence on me – the way that I shoot, the way I expose my shots and some might argue – the way that I am! The photograph in this post is a self portrait that David Bailey did and I have never published a photograph on my web site belonging to someone else. So, if I am told to remove it, I will do so immediately out of respect to (in my humble opinion) the greatest photographer of all time. He has a potty mouth and that suits me just fine.

He is a source of many fantastic photography and life quotes. Many photographers “play” with light but I always thought that Bailey “plays” with “dark”. Throughout his career he has made fantastic use of shadows and I in turn have always been influenced by that. I get that it isn’t everyone’s cup of tea, but it works for me. I have never met Bailey and in many ways, I hope that I don’t, but it would be an honour to meet this icon of my industry.

“Being Trendy is dangerous. I’ve never been trendy, which is why I’ve never really fallen out of favour.” ~ David Bailey

“I was surrounded by strong women, so it had never occurred to me that women were anything other than equal to men.” ~ David Bailey

I am entering my 43rd year as a professional photographer. I am not very good at maintaining a blog, but over the course of the next few weeks I will highlight the photographers, in detail, who have influenced me and why.

They include: David Bailey, Brian Duffy, Terence Donovan, Tony Armstrong Jones (Earl of Snowdon), Man Ray and Ansel Adams. The only one that is still alive is the first one and he, David Bailey, and Brian Duffy are/were major influences on my “style” (The way I expose) and, indeed, who I am today.

It has been an extremely busy week. Due to lockdown conditions in certain parts of the country, I have been hindered in getting pricing sorted out for my forthcoming Clanlands Photography Tour. I hope to be in a position to launch the new tour, here on my website as soon as possible. Congratulations to Sam Heughan and Graham McTavish for their incredible success with the book. Well done lads!

Okay, here is the preamble to this shot (I think it may be my best shot of all time, because it gave me a thrill when I made it).
As you may know, I’m launching a new photography tour that will be known as the Clanlands Photography Tour, inspired by the newly published book by the two Scottish actors Sam Heughan and Graham McTavish. So I set aside today (Thursday, November 5)  to get some promotional shots for the tour and to get shots of places that I’ve been to before, but didn’t get shots that were related to the new tour.
I left Edinburgh at 5.20am this morning and headed north to Glencoe in the Scottish Highlands. I went to the Glencoe Mountain Resort (There really is nothing there, but hey – it gets a mention in the book!) and then continuing into Glencoe – some 300 yards/metres along the road, I took a right to photograph the “new” Kingshouse Hotel. My next stop would be to photograph the outside of the Clachaig Inn at the other end of Glencoe.
So, after I get my shots,  I drive to the top of the Kingshouse Hotel driveway to turn right (about 8am) and off I go! But just 30 yards along the road I spot some deer on my right hand side. This is the only road that goes through Glencoe, but due to Scottish Lockdown conditions the road was empty – just me. I stop the car, engine still running, and this magnificent beast comes up from the moor on the other side of the road and he’s just looking at me. I lower my window and grab the camera and get this shot! To the left, you’ll see two of his lady friends and he’s telling me…..on your way mucker, they belong to me.
A surreal moment! Man, Nature, Geography, Transportation, Technology and Respect. I’ll remember this moment for the rest of my life. You have to admit, he’s a handsome brute! 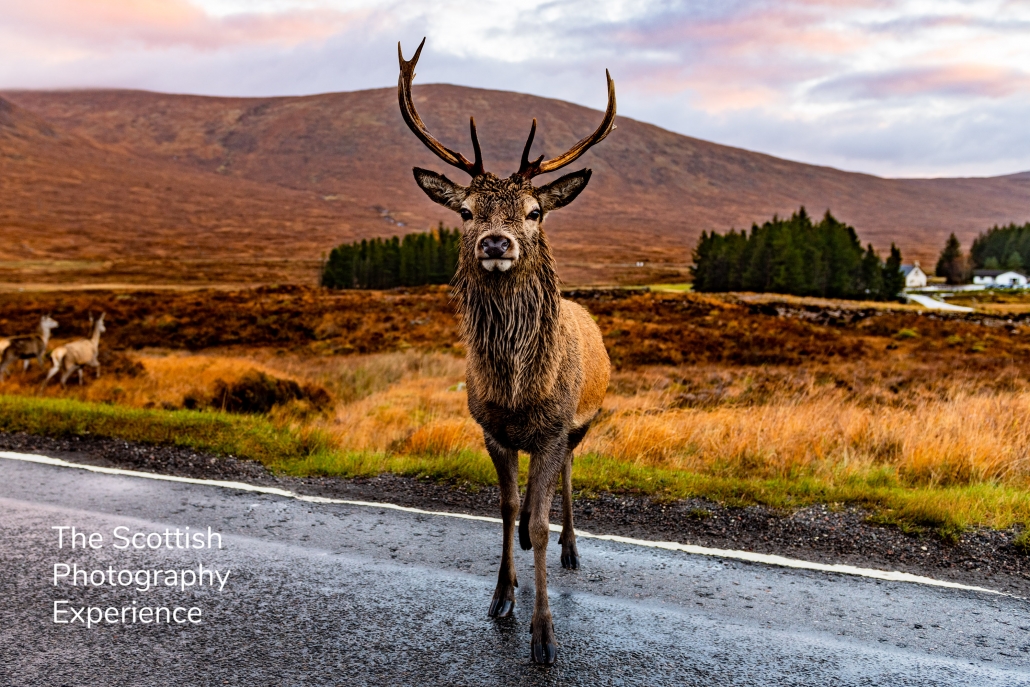